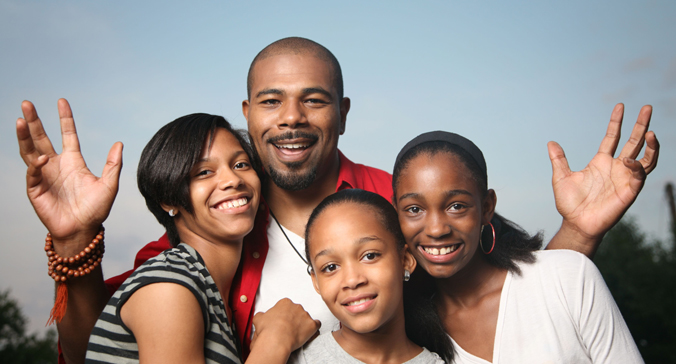 NEBHDCo’s housing development experience began in earnest in 1988 with a grant from the New York State Housing Trust Fund Corporation to develop Ralph Avenue Co-op, a 16-unit limited-equity cooperative utilizing a Community Land Trust model. From 1988 through 1990, NEBHDCo continued to provide organizing and advocacy services to the broader community and develop affordable housing. In 1991, NEBHDCo was selected to participate in the Local Initiatives Support Corporation (LISC)/Enterprise Community Partners (Enterprise)/NYC Department of Housing Preservation and Development (HPD) program through which NEBHDCo developed over 511 units of housing. Soon thereafter, we were again selected to participate in HPD’s Special Initiative Program under which the organization acquired and developed 317 units of housing, including 50% for homeless families.  In 1997, NEBHDCo completed Throop Court, our first private acquisition and adaptive reuse of a former warehouse into affordable apartments with 50% of its 53 units reserved for supportive housing, financed through Low Income Housing Credit (LIHTC) syndication and New York/New York I grants from New York State Office of Mental Health and Hygiene (NYS OMH). Since 2000, we have completed 53 newly constructed units of housing under HUD’s Section 202 program, substantially rehabilitated 273 units under HPD’s Neighborhood Redevelopment Program (NRP), renovated 50 units for homeownership under HPD/HUD’s 203K Neighborhood Homes program, and assumed the management of 55 units of housing under HPD’s Third-Party Transfer program in the Ocean Hill/Brownsville and Bedford-Stuyvesant neighborhoods.

In the course of its 28 year practice, NEBHDCo has nurtured and maintained long-standing partnerships with the New York State Division of Housing and Community Renewal (NYS HCR), United States Department of Housing and Urban Development (HUD), NYC Housing Preservation and Development (HPD), Local Initiatives Support Corporation (LISC), Enterprise, and various for-profit entities in the private-sector. It is with this network of support along with our knowledge of the community’s evolving dynamics, our expertise in real estate development and management that we will continue to expand our vision and practice. NEBHDCo also successfully marketed and sold over 1,400 new homes between 1991 - 2012, and provided assistance to more than 5,000 buyers under the NYC Housing Partnership and NYC HPD’s New Foundation Programs. NEBHDCo expanded its services in the central Brooklyn neighborhoods to conduct community outreach and marketing to for-profit developers. NEBHDCo was also part of the “Know the Facts Campaign” a foreclosure prevention program for homeowners from a collaboration with five other local development partners. KEY DEVELOPMENTS IN THE PAST DECADE

The preservation of affordable housing has always been a primary objective of NEBHDCo. In late 2005, the organization successfully joint-ventured with The Arker and Domain Companies to acquire Spring Creek Gardens a 585-unit occupied expired tax credit project in East New York. Through its ownership role NEBHDCo provided tenant support services to seniors and residents. During the capital improvement phase of the project, NEBHDCo ensured that seniors maintained access to vital services. In addition, NEBHDCo has since restructured the daily program activities with the on-site senior center to enhance the quality of life for the seniors in the project.

In 2006, HPD approached NEBHDCo to acquire Park Monroe Housing Development Fund Corporation (Park Monroe HDFC), a scattered site project containing 267 units throughout 12 buildings in the Brownsville section of Brooklyn, from a non-profit owner in bankruptcy. Because of long-term neglect and resultant operating deficits, NEBHDCo had to radically re-engineer the future of the buildings and the residents they housed.  We first addressed needed exterior repairs and are currently restructuring the project.  This includes a thorough renovation plan to upgrade the apartments and buildings systems with advanced energy-efficiency measures. The plan won the City’s approval and commitment of subsidies. The project, with total development cost estimated at 40+ million dollars, is currently under active predevelopment and underwriting for the City’s FY 2014 funding pipeline.

In October 2007, the Myrtle Avenue Apartments, a 33-unit new construction project in Bedford-Stuyvesant developed with Dunn Development received an Energy Star rating by New York State Energy Research and Development Authority (NYSERDA). The project incorporates energy efficient elevators, boilers and lighting. Over the next several years with the cooperation of residents and in collaboration with NYSERDA; energy costs will be monitored. NEBHDCo has made green building and energy conservation techniques a key focus of project planning. This approach aligns with the green commitments of the City and State.

In late 2010, NEBHDCo completed Sumpter Marcus Apartments, a 49-unit moderate-rehab of a four-building portfolio, as the City’s benchmark project that combined the use of 9% LIHTC and HPD’s Third Party Transfer program subsidies. The project entailed relocation and return of existing tenants.  The 7.9 million dollar project was successfully completed in time, tenanted and currently awaiting conversion to permanent financing.

NEBHDCo continues to aggressively pursue real estate development including joint ventures with both for profit and not for profit partners.